Back to home page click here
"THE HEART OF THE MATTER" 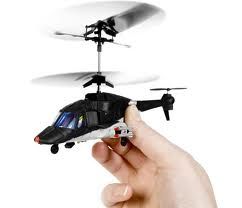 A curt note pinned by a magnet to the fridge. What an appalling way to end a relationship of more than a decade. It still angered him whenever he thought about it. He could still remember every word.

"I've changed and life with you is no longer what I want. I know that I should have talked to you first - but I don't have the strength. I'm tired of it all."

She was tired?!? What about him? He worked incredible hours so that the three of them could enjoy a good lifestyle. And this was how she thanked him.

"We've gone to stay at my mother's until we sort out something more permanent. You can see Adam on Saturday afternoons until we work out more formal arrangements through the court."

He could live without her if he had to – it was true that she had changed and he did not particularly like the person that she had become. But he could not live without Adam. The boy was not yet seven. He had bought his present already, although the birthday was five weeks away: a radio-controlled helicopter. It was hidden in the wardrobe, still not yet wrapped.

"Your work has sucked the life out of you. I know that Adam will miss you but for me there's nothing left. You have no heart. You have no soul."

No, he probably didn't have a soul. But he certainly had a heart. Any doubts on that score were eliminated by the pain he felt then and suffered still. Until this shock, he thought that the term 'heartache' was simply metaphorical, but he knew now that it was not just an emotional trauma but a physical pain.

That evening, he had cried, he had wailed, he had sobbed his heart out – what a revolting expression. He had failed his wife and he had let down his son and he felt a searing sense of responsibility. What he had had with his wife could never be recreated. What he wanted with his son was still possible if he was now prepared to make the time and put in the effort.

All this went through his mind yet again on this Saturday afternoon as he parked the car and mentally prepared to meet the child for the first time since the boy left the hospital.

He still felt unbelievably guilty about Adam's accident just three weeks after his mother had moved out. Somehow he felt that, if they had still been together, if he had been there with the boy, it would not have happened.

As soon as he had received her anguished phone call, he had rushed to the hospital. They had warned him that Adam's coma could last days or even weeks. He had sat by the boy's bedside for hours at a time, holding his limp hand, talking quietly and gently about what they would do when he recovered. But his son's condition suddenly deteriorated rapidly ...

In the end, it had come down to a complex operation involving two young boys but the operation itself had been successful. He then visited often to talk to his new friend and build a new relationship.

He opened the back door of the car and lifted out from the back seat the box with the helicopter, still unwrapped.

In spite of everything, his wife was still going ahead with the divorce. The sense of loss was suffocating. But he was thankful that he had not totally lost his son. This visit was an opportunity to reconnect after the nightmare in the hospital.

Seconds after he had knocked, mother and child were there at the door. He was clearly expected and the pale-faced boy at least was excited.
"Is that the helicopter?" the lad inquired
"It certainly is. And you and I are going to test fly it in the park."
She looked at him anxiously.
"You will be careful won't you? He's still quite weak."
"I know” he assured her. “We'll take it easy. I promise."

At the park, the boy showed little sign of his ordeal. He was thrilled with the helicopter. Even before it took off, the buzzing and whirring of the craft were most satisfying. Then, once in the air, it was hovering and zooming on command.

Soon the man turned to the boy with an irresistible invitation: “OK. Now – you try.”
The youngster quickly acquired real proficiency in piloting the toy helicopter up and down and around and about. He was stronger than his mother realised. The scars were healing well too.

After a while, the boy looked up and announced: "I can do this on my own now. Honest. You go and sit down on that bench and watch me."
He was not sure that this was the right thing, the safe thing, to do. He had promised his mother. But the kid had gone through so much and his look was so endearing.
"OK" he conceded. "But - be careful."

Over on the bench, he observed the boy with pride and warmth. In time, an attractive woman of a similar age to him came along with her pretty daughter and they joined him on the bench and watched the feats of flying with fascination. His attention was distracted for just a moment as he noticed the looks exchanged by the two.

After an interval, the girl asked: "Can I have a go, mummy?"
"Well, go and ask the boy if he minds you trying it."
In no time at all, both children were screaming with delight as they endeavoured to outdo each other in clever aerial manoeuvres.

The woman turned to him and asked: "Is he your son?"
He looked down at the grass and uttered a barely audible "No", before turning to look her straight in the eyes and add "My son died. But this little one has his heart."