Back to home page click here
THE ECONOMIC AND SOCIAL VALUE

OF NEXT GENERATION NETWORKS:

In 1993, I was a national official with the main telecommunications trade union in Britain. I was about to attend a world congress of communications trade unions which was held once every four years. The planned venue was Cairo but there was an upsurge of violence in Egypt. This was no problem for the tough British – but it was a big problem for the Americans and others.

So, at the last moment, the venue was changed to Lisbon. It had taken the Egyptians four years to organise the event; the Portuguese did it in a mere four weeks. Ever since then, I have had enormous admiration for the Portuguese and I have been in love with Lisbon. So thank you for inviting me to this important and interesting conference here in your beautiful capital.

Most events that debate the future of next generation networks are all about technology, about funding and about regulation. The consumer view is often missed or marginalised. So I am delighted today to be able to give you a consumer viewpoint shaped especially by my membership of the Ofcom Consumer Panel in the United Kingdom.

Many of the debates I have attended on next generation access have gone further than neglect of the consumer viewpoint. Implicitly if not explicitly, the consumer has almost been blamed for lack of progress.

The challenge to consumers from the industry and the financiers seems to be: we cannot make these high risk investments until you give us hard evidence that you really want these faster speeds and greater bandwidths, that you can tell us what new services will actually need and use the extra bandwidth, and that you can convince us that you will pay a good deal extra for these new services.

I put it to you today that this is a wholly unrealistic expectation of consumers:

First, consumers are millions of individuals in the marketplace and it is very difficult for them to express a collective view in the way that government or industry or the regulator can do. Even the Ofcom Consumer Panel does not have the resources and the influence of the other major interests in the debate.

Second, consumers cannot be expected to demand services which do not yet exist and tell market researchers what they would pay for services they cannot even envisage.

And yet, if these new networks are going to cost so much (as they are), it reasonable of those making the deployments and the investments to ask: how can we be sure that there will be significant economic and social value?

I want to attempt to answer that question: 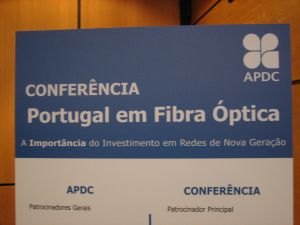 Let's start in the past. I suggest to you that the whole history of telecommunications is one of underestimating the importance and the value of new technologies.

The telephone itself was invented by Alexander Graham Bell in 1876. That year, in the United States, a Western Union internal memo noted : "This 'telephone' has too many shortcomings to be seriously considered as a means of communication. The device is of no value to us". A couple of years later in Britain, the Post Office Assistant Engineer in Chief testified to a House of Commons Committee that, whatever the situation in the USA, Britain had little use of the telephone because: "Here we have a superabundance of messengers, errand boys and things of that kind".

I turn now to the present position in terms of NGA availability.

Many countries are already rolling out or have plans for such next generation broadband. These include France, Germany, Italy, Belgium, Switzerland, Sweden, Denmark, Norway, Finland, the Netherlands, Hong Kong, South Korea, Japan, the United States and New Zealand. You will note that sadly the list does not include the United Kingdom.

These investments would not be being made if hard-headed financiers did not see value – not necessarily immediate value – to be derived from those networks. Significantly though, in many of these countries consumers connected to fibre are not currently using more than a fraction of the available bandwidth but, for them, improved quality through better latency is more important than a simple increase in speed.

In those countries with fibre, take up rates vary substantially. They are lower where there is pre-existing infrastructure such as cable television networks; they are higher where there are local projects, where there is open access, and in rural areas. In Japan, take up is now exploding and this is leading to the introduction of new services at last. Arguably Sweden is the country that so far had made the best use of fibre to drive new services and productivity.

A few months ago, I visited the town of Nuenen in the Netherlands where all 8,000 homes have been connected to fibre in a scheme whereby the local community actually owns and controls the network. I saw how, when bandwidth is no longer an issue and there is a close dialogue with consumers, new services come along [for a report of my visit click here]. 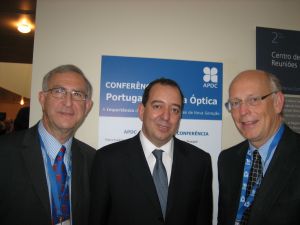 Having looked at the past and the present, let us consider the future in so far as we can imagine it. Clearly we cannot predict with any meaningful accuracy what will be the future economic and social value of next generation networks, but I would draw your attention to two new reports – both published last month - that help to illuminate the issue.

The first report is entitled “A Framework For Evaluating The Value Of Next Generation Broadband” [for text click here]. It was commissioned by the Broadband Stakeholder Group in the UK with the support of the Ofcom Consumer Panel and it was produced by Plum Consulting.

The Plum report does not assign a specific cash value to the creation of a next generation network. This would be quite impossible. However, it does create an intellectual framework for identifying the range of different values to be derived from such a network and indicates a relative order of magnitude for these various values.

Crucially the framework distinguishes between three types of value - private value, wider economic value and wider social value - and between scenarios based on progressive upgrades to existing technologies and 80% availability and take-up of next generation broadband.

By private value, the report means things like two-way high-definition video communication and a progressive move to so-called 'cloud' computing with storage and software on the Internet.

By wider social value, the report means things like greater access to education and health services, more educated and informed citizens, and more social inclusion including for those with various disabilities.

The report concludes: “Overall, we consider that there are likely there to be substantial benefits associated with next generation broadband in the medium term”. Understandably the precise scale of those benefits cannot be fully quantified now and different views can be taken on what is meant by the medium term. Also the report makes clear that some of these benefits are dependent on putting in place a framework that enables value to be realised and that doing so should be a priority for the government and the regulator.

The second report was published by the independent non-profit The Climate Group and the Global e-Sustainability Initiative. The report is called “SMART 2020: Enabling The Low Carbon Economy In The Information Age” [for key findings and to download the report click here]. The supporting analysis was conducted independently by McKinsey & Company.

The report shows that, while ICT’s own sector footprint is currently 2% of global emissions and will almost double by 2020, this is countered by the sector’s unique ability to monitor and maximise energy efficiency both within and outside of its own sector. This could cut CO2 emissions by up to five times this amount. This represents a saving of 7.8 Giga-tonnes of carbon dioxide equivalent by 2020 – greater than the current annual emissions of either the USA or China.

He's right. I think it is because we tend to think of change as usually linear which means that that the growth in the years one and two will be the similar to the growth in the years nine and ten. In our business though, growth is more usually exponential – often disappointingly slow at first but, some way down the line, absolutely explosive.

That – I am sure – is how it will be with services based on next generation networks. I believe that perceptions of value of next generation broadband in any particular country – like the UK or Portugal - could change quite rapidly and quite substantially once we have significant deployment of NGA in that country.

Let me conclude my remarks by summarizing the position of the Ofcom Consumer Panel on next generation access.

The fundamental stance of the Panel is that, when NGA comes on stream, we wish as many consumers as possible to have access to the fastest broadband speeds possible, since these faster speeds will enable usage of new services that improve quality of life through more and better entertainment, information, communication and commercial activity.

Clearly, however, we recognise that the extent and speed of the roll-out of both infrastructure and services must depend on sound and sensible business cases and that, in the main, the market will deliver such carriage and content when it makes economic sense to do so. It is not our wish – and indeed it would not be in consumers' interests – for the private or public sector to make investments that involve excessive risk.

As a consumer body, where our emphasis differs from many other organisations is as follows:

Ladies and gentlemen, in ten years time, we will recall with amusement that we held conferences at which we debated how much value we could expect from next generation networks - and we will be surprised at which services on those networks proved the most popular and the most profitable.