Back to home page click here
A SHORT GUIDE TO HOW 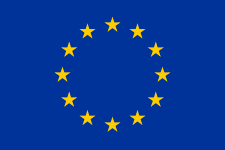 WHY THE EUROPEAN UNION WAS FOUNDED

What is now called the European Union was created in the aftermath of the Second World War at the initiative of France with the support of five other European states, mostly notably West Germany (as it then was). It was an economic initiative with an explicit political objective.

The intention was that, by combining coal and steel resources and later by combining atomic energy resources and developing a common market for goods and services, this would make war between the member states effectively impossible. It should be remembered that the principal drivers of the concept – France and Germany - had gone to war against each other three times in less than a century: the Franco-Prussian War of 1870-1871, the First World War of 1914-1918, and the Second World War of 1939-1945. In subsequent years, another nine states signed up to this proposition by becoming members. Once the Cold War effectively ended with the revolutions in Central and Eastern Europe in 1989 and the collapse of the Soviet Union in 1991, the new political imperative became the integration of the former Communist states to embed democratic institutions and free markets. Since 2004, 13 more countries have joined and 11 of them were formerly Communist. So what started as a form of economic union has always had fundamentally political objectives. Now that the European Union has 28 Member States, there are inevitably different approaches and different aspirations from different nations. Essentially there are two cleavages: first, between those who simply seek economic co-operation (notably the UK) rather than full-scale economic integration (such as those countries which have joined the Eurozone) and second, those countries that believe that economic integration does not require political integration (such as Greece) and those that believe that economic integration cannot work in the end without political integration (such as Germany). HOW THE EUROPEAN UNION HAS EVOLVED

What is now called the European Union has evolved over more than six decades, through a variety of institutional forms, which can be summarised as follows:

Link: the history of the European Union click here

THE GROWING MEMBERSHIP OF THE EU

What is now called the European Union has grown in stages, from an original six members to the current 28 members, as follows:

So the current 28 Member States of the European Union in alphabetical order in English are as follows: Austria, Belgium, Bulgaria, Croatia, Republic of Cyprus, Czech Republic, Denmark, Estonia, Finland, France, Germany, Greece, Hungary, Ireland, Italy, Latvia, Lithuania, Luxembourg, Malta, Netherlands, Poland, Portugal, Romania, Slovakia, Slovenia, Spain, Sweden and the UK. This means that the total population of the EU is just over 500 million (compared to the USA of 320 million) and the nominal gross domestic product totals $16.5 trillion (compared to the USA of $17.4 trillion). The following five countries are classed as candidates for future membership: Albania, Montenegro, Serbia, the former Yugoslav Republic of Macedonia, and Turkey. The following two countries are classed as potential candidates for future membership: Bosnia & Herzegovina and Kosovo. Note : The eurozone is a monetary sub-set of the European Union members. It comprises those Member States which have given up their national currency and adopted the EU currency called the Euro. The eurozone consists of 19 members: Austria, Belgium, Cyprus, Estonia, Finland, France, Germany, Greece, Ireland, Italy, Latvia, Lithuania, Luxembourg, Malta, the Netherlands, Portugal, Slovakia, Slovenia, and Spain. Other EU states (except for Denmark and the United Kingdom) are obliged to join once they meet the criteria to do so. THE INSTITUTIONS OF THE EU

The European Union is not a state. But the easiest way to understand how its various institutions interact with one another is to use the analogy of a nation state, accepting that this is only a guide.

So the European Council is in a sense the government or the executive of the EU – the body with ultimately the greatest power. However, unlike most nation states, its members are not draw from, or made members of, the legislature. Also, unlike in nation states, the Council does not propose legislation but has a joint role (with the Parliament) in approving legislation. The European Commission can be thought of as the civil service of the EU. However, unlike civil servants in most national states, it plays a very active role in advocating and promoting policy and it initiates all legislation. The European Parliament is the legislature of the EU. However, it does not have the authority or the power of a legislature in a democratic nation state. Instead it shares the legislative role of the EU with the Council. The European Court is in effect the judiciary of the EU. It rules on the exercise of powers by the other institutions in accordance with the various treaties which have been approved by the Member States. To understand more fully the powers and responsibilities of the various EU institutions, we need to look at each in turn and in more detail. THE EUROPEAN COUNCIL

The European Council is the institution of the European Union that comprises the heads of state or government of the Member States, along with the Council's own President and the President of the Commission. The High Representative of the Union for Foreign Affairs and Security Policy also takes part in its meetings. The European Council was established as an informal summit in 1975 and then formalised as an institution in 2009 upon the entry into force of the Treaty of Lisbon.

Most meetings of this kind do not involve the head of state of each member country but the national minister responsible for the subject under discussion. For these kind of meetings, the term the Council of the EU is used. The Council of the EU is a single legal entity, but it meets in 10 different 'configurations', depending on the subject being discussed. There is no hierarchy among the Council configurations, although the General Affairs Council has a special coordination role and is responsible for institutional, administrative and horizontal matters. The Foreign Affairs Council also has a special remit.

The European Council and the Council of the EU have similar names and share the same buildings and staff - the General Secretariat of the Council (GSC) – but they have different roles and different membership.

The European Commission (EC) is the executive body of the European Union. Its main responsibilities are as follows:

On a high turnout of 71.8% (the highest turnout in a UK-wide vote since the 1992 general election), 51.9% voted for the UK to leave the EU and 48.1% to remain in it. On 29 March 2017, the then British Prime Minister Theresa May activated Article 50 of the Treaty of Lisbon to give notice of the nation's intended withdrawal from the EU and there was then a period of up to two years for negotiations on the future relationship between the UK and the EU. At the end of this two year period, no deal had been agreed by the British Parliament and an extension was agreed to 31 October 2019. Following the election of a new government led by Boris Johnson, the UK finally left the European Union on 31 January 2020 with a one-year transition period to negotiate the future relationship between the two bodies.

For guides to the political systems of various nations click here